My name is Ruthie Maldonado-Delwiche, a longtime member of the Imerman Angels family, and I’d like to tell you about my husband. 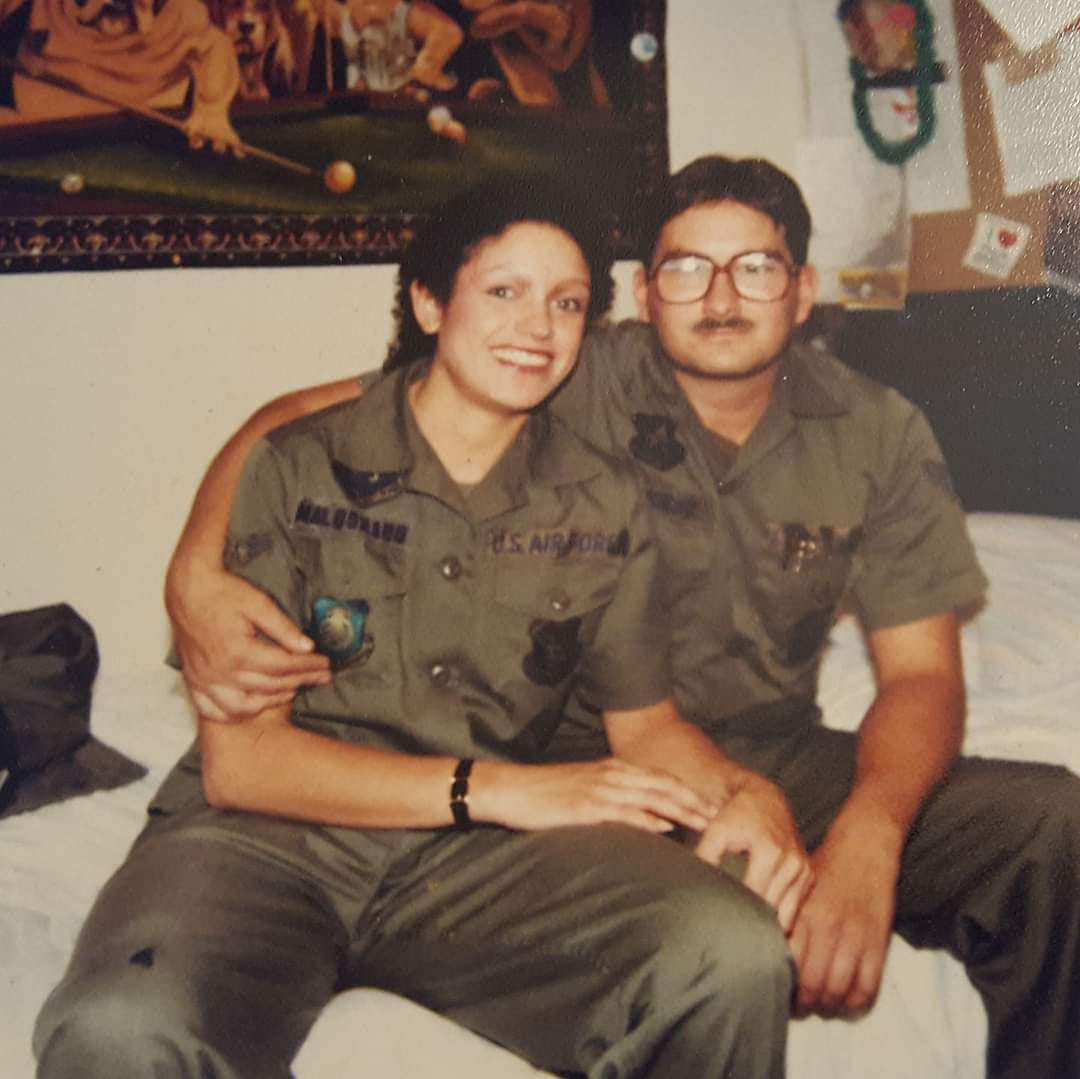 Daniel Delwiche was born and raised in Janesville, Wisconsin. He and I met on December 24, 1984. I was serving active duty with the United States Air Force in Eglin AFB, Florida. Dan returned from his overseas tour in Italy, and our friendship took off immediately. Just 2 months after we met, Dan proposed to me. We flew to Chicago (my hometown) and were married on May 17, 1985. Due to our commitment with the military we were separated for the first 2 years of our marriage, but when we were reunited in 1987, our fairytale began. We lived in Hawaii until March 1988 when my tour was over and we returned to Chicago.

Just over a year later our son, Justin Daniel Delwiche was born. Dan was an amazing husband and a wonderful dad to his son. He coached him in baseball, basketball and even football. He took his “dad” responsibilities seriously and for that we were truly blessed.

Sadly, in December 2014, Dan was diagnosed with throat cancer. He went through weeks of chemo and radiation which began in January 2015. In April, the treatment was over, and he was in remission. Just 3 months later the cancer came back, and it came back with a vengeance. We strived to make Dan comfortable but it broke our heart to see him suffering. On December 5, 2015, my honey earned his angel’s wings. It hurt like heck, and still does today, but I rejoice in knowing he isn’t suffering anymore.

After my husband passed away, I was looking for a way to get more involved with the cancer community. That’s when I found Imerman Angels; more specifically, Team Imerman Angels. I joined the team for the Bank of America Chicago Marathon in 2017, and have since run five marathons as a member of Team Imerman Angels. 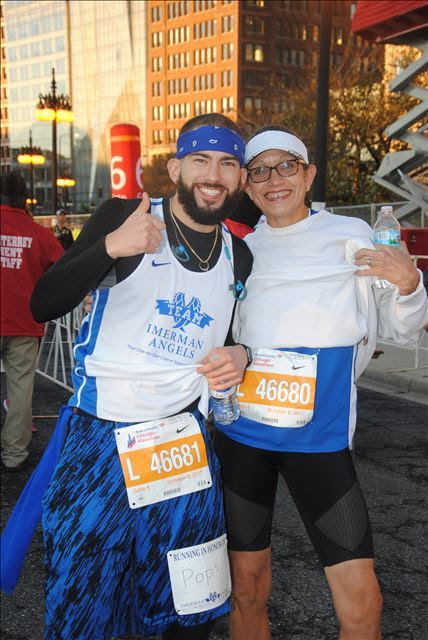 cancer fighters, survivors, previvors and caregivers is a feeling unlike any other. I love running marathons, and I love having the opportunity to raise critical funds to help keep the Imerman Angels mission going. My son, Justin, even joined me on Team Imerman Angels and together we ran our first marathon in Dan’s memory in October 2017. The support of this mission has become a family experience, and we’re grateful to have this opportunity to make an impact together.

I know that some of you may not be able to run or walk long distances, or may not be interested. But perhaps, like my son and I, a friend or family member of yours is looking for a way to give back. I encourage you to share this email with your friends and family who enjoy running, or are just looking for something incredible to do this year.

I promise you, they will not regret it.

I hope to see some of you, or your families, out on the course with Team Imerman Angels this fall.